In new pictures released by Kensington Palace to celebrate his sixth birthday, Prince George looks for all the world like a typical adorable little English boy. 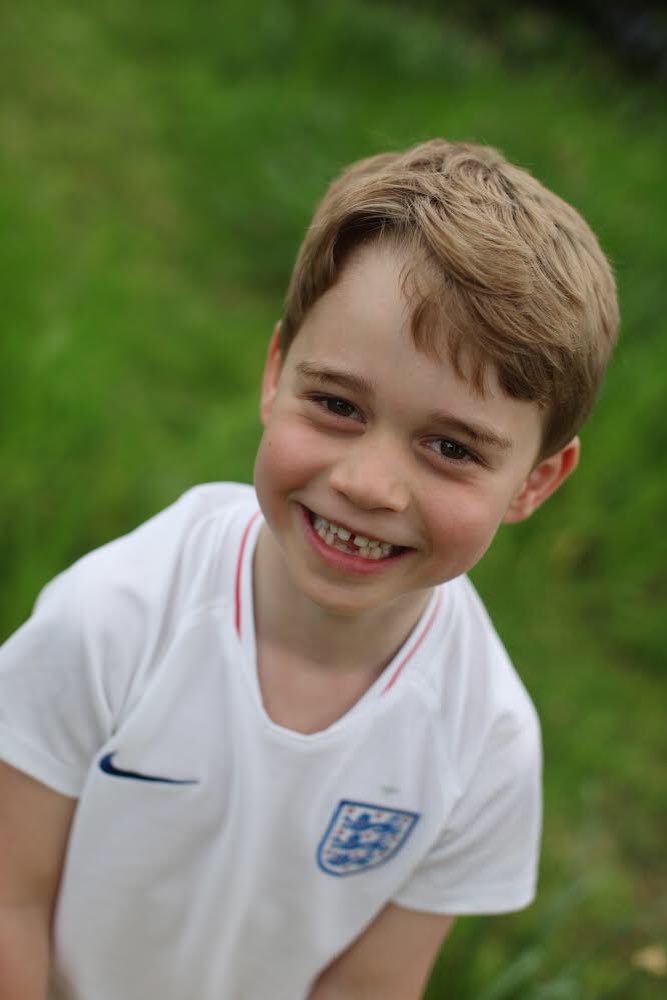 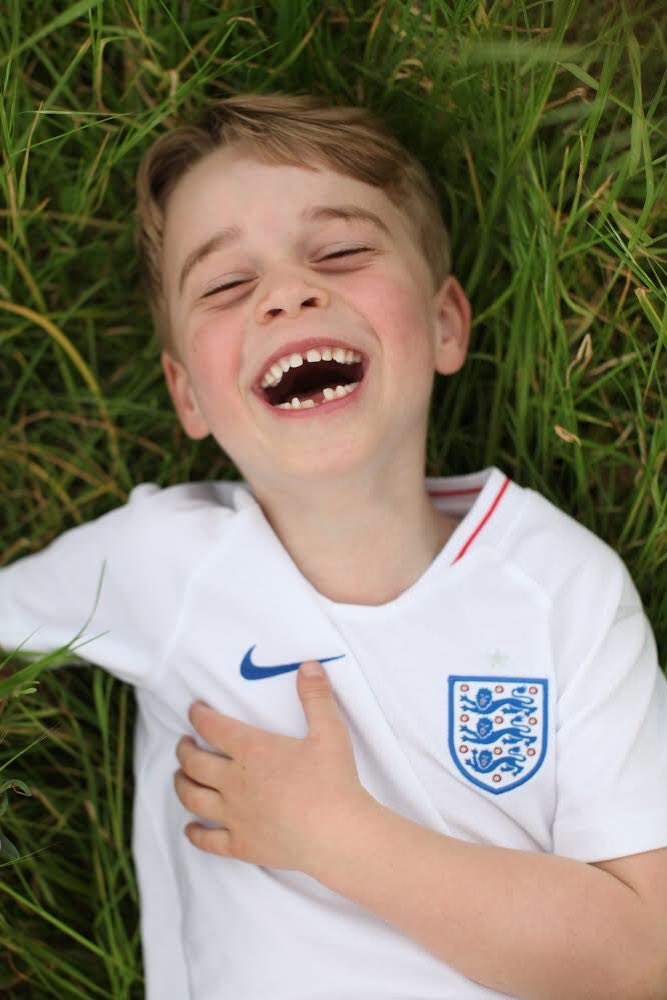 Dressed in the white England football home shirt, he beams at his mother who captures his laughter with the click of a shutter.

It’s his sixth birthday and life couldn’t be better for young Prince George Alexander Louis of Cambridge who has just completed year one at Thomas's Battersea school in south London.

The first child to the Duke and Duchess of Cambridge, the little prince is third in line to the throne…  And couldn’t possibly be cuter.

Indeed, with a smile like that it’s little wonder the Queen is said to have such a soft spot for her great-grandson.

Reportedly, the doting Queen goes out of her way to spend time with the little prince and selects little presents that she leaves at the foot of his bed every time he stays over at Buckingham Palace.

At his own request, little George’s birthday was a low-key relaxed affair with celebrations consisting of a small family gathering at Anmer Hall, the Cambridges’ Norfolk estate.  However there is also talk of a small event for his school friends in London.

Following the reigns of his grandfather, the Prince of Wales, and then his father, Prince George will be the 43rd monarch since William the Conqueror obtained the crown of England.

Best wishes to our future king on the occasion of his sixth birthday.

Support for Australia becoming a republic has dropped to its lowest level in 42 years. According to a new poll,...

Colonel Sir Tom Moore, a national hero in England who raised more than £32 million pounds for the National Health...